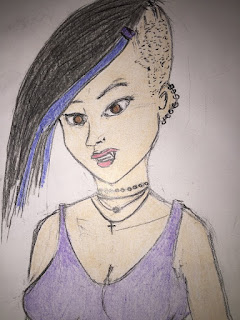 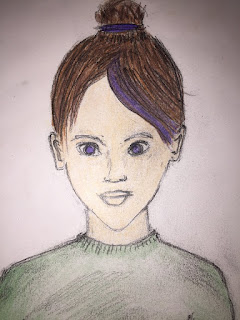 In Leech Mob: A Novel about a Connecticut Gang, we lucked out to have the coolest and smartest group of punk rock chicks in one place in time.  They didn’t even dress that weird, but the Jocks would stare at them, the preppy girls didn’t like it and there was nothing but problems but I don’t care what anybody says, the Leech Mob Girls were just hot!  Macey is a pretty girl who every Leech Mobber is secretly in love with. Could it be her natural good looks and her sweet personality?  Macey’s always down to hang out, just don’t tell anyone you saw her smoke pot!
In the chaos that surrounds the Leech Mob, Krissy often has to step in and set things straight.  This is not going to be a simple thing to do, yet we still have to commend the girl’s efforts.  Violet dated half the Leech Mob so when it’s your turn, don’t expect any special treatment.  As Krissy warns Kelly, “Don’t let Violet make you cry.” Yet still, Violet remains the funnest girl in the world to skip school with. Eve is a tough chick who doesn’t take shit from anybody.  She makes combat boots and fishnet stockings look good.