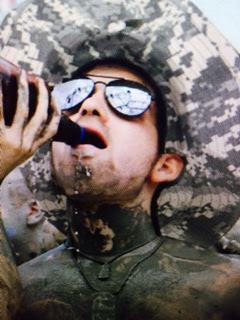 Since there are a few keg parties and drunken bashes in Leech Mob: A Novel about a Connecticut Gang, let’s talk about alcohol abuse for a minute.  I always thought there was a fine line between using alcohol and abusing alcohol.  Since alcohol doesn’t taste too good, I never believed people who said they drink one or two glasses for the way booze tastes.   Let’s face it, beer and whiskey aren’t the first items named when people think about delicious things to drink.  People drink, whether they want to admit it or not, for the way it makes them feel.  People describe it as a buzz which, after a few more drinks, turns into spinning sensation.  How many drinks you have usually depends on your tolerance to alcohol or just how often you drink booze for it’s sensational taste.


Unfortunately many high school and college kids drink to get drunk and this leads to many problems including fights, drunk-driving, and accidents.  When kids drink too much, it changes them for the worse.  There is nothing more pathetic than a sloppy drunk.  In fact, the very nature of alcohol is to disorientate the user until they can no longer walk, talk, or appear even remotely sensible. While this may seem fun when we’re younger, as kids mature, hopefully they will begin to see how alcohol abuse ruins people’s lives.  When a drunk, drooling zombie stumbles over to you at a party and begins to chew on its tongue instead of talking, we might begin to realize that zombies are never cool.  Zombies don’t get the chicks and zombies don’t impress the dudes.


Or check out our website here:  www.leechmobnovel.com
Posted by John Harwood at 5:01 PM