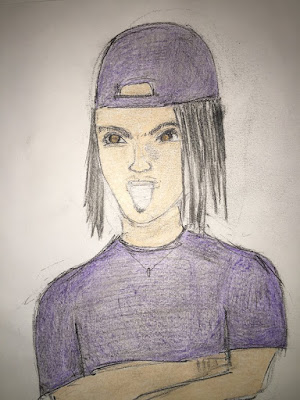 Fights are never good.  Kids could get seriously hurt and these days schools do not hesitate to have students arrested.  In Leech Mob: A Novel about a Connecticut Gang, among the many brawls there is a big fight between the Leech Mob and the Jocks.  The cops arrest only members of the Leech Mob and let the Jocks go merrily on their way, which creates some hard will among the group who thinks the Riverview school system takes it way too way easy on the groups they favor.  So the Leech Mob retaliates by invading a Jock party where another rumble takes place.  So it’s safe to say, there are quite a few fights in Leech Mob.  What kids should learn is that it’s up to the leaders of the different gangs to learn how to handle problems more diplomatically—or often their gang is broken up and hauled off to jail or worse.  In Leech Mob, you get to decide which fights were unavoidable and which fights could have been handled differently.  Since many young people are into Mixed Martial Arts, Boxing, and Streetfighting, Leech Mob is a good book to introduce them to. Leech Mob: A Novel about a Connecticut Gang is a fast-paced novel with mad drama at every moment that will keep you thugs flipping the pages.