Getting Out Of A Gang 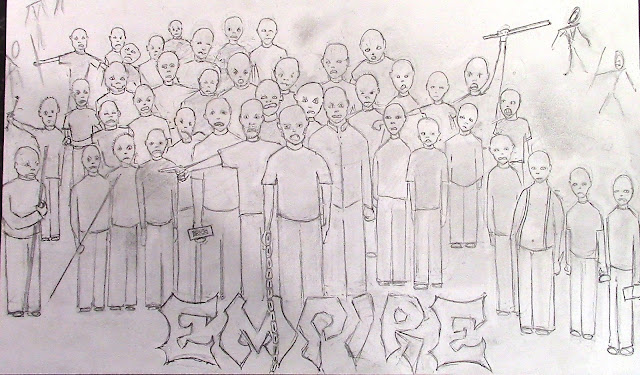 Getting Out Of A Gang

It’s like saying, “getting away from your friends!” So the first thought is always - It’s not going to be easy to do.  Though the first part is pretty obvious, you have to busy yourself with other activities - such as working a job, or working on your music, and then when your old friends call - don’t answer them or call them back. The truth is that most normal kids will get the hint pretty quick - he’s busy with his girl, or he’s always working now, or he’s really into going to the gym now so he doesn’t hit me back anymore - oh well!

And then there are the kids that don’t get the hint. They will be the ones that catch an attitude when they see you out - and glare at you. Call you up and leave threatening messages like “You better call me back when you get this - you dissed yesterday and I’m not letting you get away with that again today!” And you should recognize pretty quick that guys like that have ulterior motives for taking the most offense on what you choose to do with your personal life.

So first, it’s real easy - if they call you, don’t call them back. And if they start to get loud or threaten you, do not bitch out to pressure from them. If you start to get nervous or scared and decide to do what they say - that attitude is what will get you in trouble later!  Cause some kids will say that you are now their bitch.  And since you are nervous around them, you have to do everything they say.  And if they can get away with bossing you around - they can get away with anything!

So don’t ever call them back, and when you see them out, act real positive and smile, and laugh off whatever they are saying, with something like, “I know you’re not serious.  You don’t really care about all that! You probably got a million things to worry about!” And as you are saying this, keep walking, hold out your hand as you pass and try to give them dap.
And if they refuse, keep smiling and say, “That’s okay, you know I still love you but I really got to get going. I have to get to work.  You know how it is!”

That’s how you don’t get caught in their tractor beam and get pulled into their circle. Cause when that happens, they''ll just begin to  pick on you and talk shit until you nervously decide that you better hang out with them to make up for all the disrespect you showed for dissing.

However, If you stay friendly and positive - and act like you don’t have time to stand around and take their abuse, there is really nothing more they can do -  except give you an attitude.  After all, you may really be telling them the truth about all the stuff you have to do these days instead of just hanging out. So keep moving when you see them!

The first couple of times may be the hardest but as soon as you set the precedent that this is the way things are now, it gets easier every time and they will give up the attitude.

Now let’s go over what the failures may look like.  When they see their old boys hanging out on the block they get nervous and think, “I better go over and hang out with them for a minute to do what they want- cause they look pretty pissed off.” Then when they do that, they stand there getting tongue-tied and more and more uncomfortable as their old gang ridicules them for having the nerve to diss them the other day.  The minutes turn into hours and pretty soon, the old gang sees that they were not really serious about having to do other things.

They are just lying and making up excuses cause they are scared about something.  The ringleader may call him a bitch for trying to diss them lately.  And then, the next thing he may be thinking is he better do something quick to impress the gang - so they will stop picking on him.  Then, before he knows it, he has to take a risk, or do something stupid to prove he’s not a bitch. And that is how so many good guys get arrested and stuck in jail. And that's where the bad guys like you.  Often times it’s a psychological thing; a loser on the street is a bad guy who knows how to intimidate and put pressure on other kids. Often times they may be older or more experienced at mind games. They know how to influence other kids, who are not so bad, to really screw things up for themselves so they wind up in jail and kill their futures.

Once you get locked up, you often lose your girl cause your girl starts dating someone else.  You lose your job, you lose your apartment, and when you finally get out - the same a**holes that helped get you locked up are waiting for you. This time they have even worse plans, that may get you shot, killed or stuck in a prison for the rest of your life. This is how losers get guys with talent in trouble all the time.  So understand a big part of street life is psychological.  You have to be tough minded, not just physically tough.  If you can get pushed around mentally, you are not too strong at all!

That is the biggest problem with gangs: most times individuality suffers and the herd mentality takes over. It’s like being a part of any weird cult - where you have to shave your head and do whatever the cult demands. Cause it’s not about you and your freedom anymore - it’s only about the gang of weird people you joined.